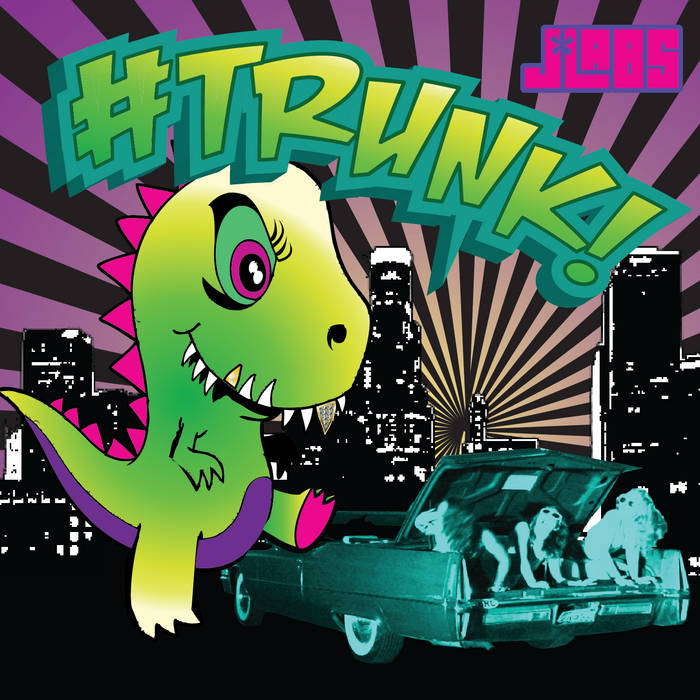 J*LABS (AKA Jackie Peters) releases her debut EP, #TRUNK!, a genre-blending creation worth 1,000 picturesque hours in the studio. #TRUNK! consists of 3 exploratory bass-fueled tracks drawing from Twerk, Trap, Funk, and Krunk to create TRUNK! The individual tracks are fused with varying rhythmic Hip-Hop, Funk and Reggae elements. These mid-tempo and broken-beat feels give off an infectious bounce that gets the whole floor moving in unison and feeling the vibe with it's hard-hitting 808s, plenty of low-end, funky brass instrumentation, crisp snares, and lyrical hip-hop explorations. This mixology of auditory West Coast flavor get downs will create high-energy spiral escapes into a new found 104-106 bpm twerk.

J*Labs is a genre-bending bass-music producer residing in Los Angeles, California. Her voracious appetite for new and interesting sounds and experiences has driven her to produce music in many styles and genres and she has released several original singles and remixes. She has played a number of noteworthy festivals and venues including Coachella, Electric Daisy Carnival (EDC), Shambhala, and Lightning in a Bottle. Today we present you with her debut EP, #TRUNK!.