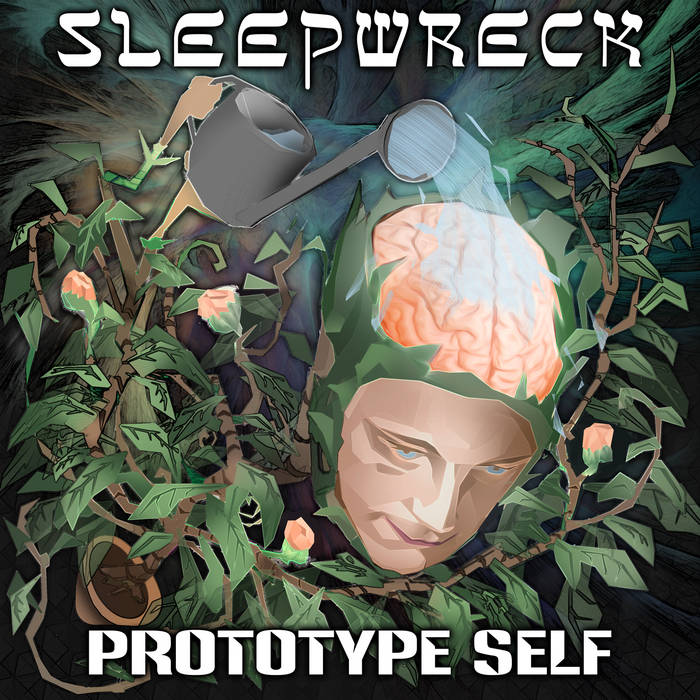 Tynan Rud An amazing performance at Ness Creek led me to get lost in the wonderful world of Sleepwreck! Great EP! Favorite track: Believe As You Will.

Prototype Self is the debut EP from Canadian producer, singer, and multi-instrumentalist Sleepwreck. A collection of lush and intricate songs, the EP is a genre defying invitation to explore new terrain in organic electronica. With an emotional range swinging between moody understatement and intense ecstatic beauty, Prototype Self's massive bass lines and rich melodic hooks convey a youthful urgency backed by mature confidence. At once approachable and otherworldly, the EP carries a depth of feeling and intention which hints that you won't absorb it all on your first listen. As an introduction to the world wide community of conscious bass music, Sleepwreck's Prototype Self EP is both a proud and humble offering.

Sleepwreck is the sound of cyborgs dancing around a ritual bonfire. As primal as it is forward reaching, as organic as it is technological, this Music is electronic and it is alive. Having spent a lifetime in study of the magic and science of sound, Sleepwreck's original productions and performance move the listener both bodily and emotionally while challenging the preconceptions that prevail in current electronic dance music. His artistic aim is and always has been to create space for an audience to share in peak experience together.   Not lending itself to simple genre classification, Sleepwreck's sound ranges from lush atmospheric textures, to hard hitting syncopated grooves, from heavy pulsing basslines to otherworldly vocal melodies. In the studio he crafts delicate, emotional downtempo one minute and whomping tribal dance music the next. When taking to the stage he is as likely to be looping guitar and voice for a yoga class, as he is to be spattering you with sweat and/or shaman style war-paint at a 3:00am afterhours party. Picture "Post-rock meets instrumental hip-hop" on the one hand, and "Phutureprimitive meets LongWalkShortDock" on the other. No matter where you hear him, at home on your headphones or putting your nearest PA system through it's paces, Sleepwreck's honesty, passion, and enthusiasm are intense and infectious. His ability to surrender himself to Music is remarkable and difficult not to be inspired by.

Having spent the last several years building a presence in the Western Canadian festival scene (playing alongside artists such as Eskmo, Phutureprimitive, Blue Lunar Monkey, and a host of others at events such as Motion Notion, Astral Harvest, Burning Man, and Inshala), Sleepwreck has most recently made the move to Vancouver BC where he is diving headlong into the city's musical and artistic communities. Having co-founded the ADHOC Collective to present a number of well received events, and collaborated with a number of well respected West Coast artists, 2014 and beyond promises to see Sleepwreck emerge as a refreshing new voice for Western Canadian electronica.

I could never, ever have made this recording on my own. Deepest gratitude and appreciation go out to:  My family... Selkirks, Petherbridges, and Watiers, your continued belief and support mean the world to me, and allow me to continue to do what I'm doing... Rob Palmer, Dugan Selkirk and Christine Janischewski, Greg Lostracco, Alex Goopsteppa, Becca Drylie-Perkins and everyone at Street Ritual, Rich Taylor, Astral Harvest, Motion Notion, Mychal Heid, Jay Michael, Ness Creek, Random Rab, Melina Cassidy, Ana Belén Baeza and Emilio L. Lledó.