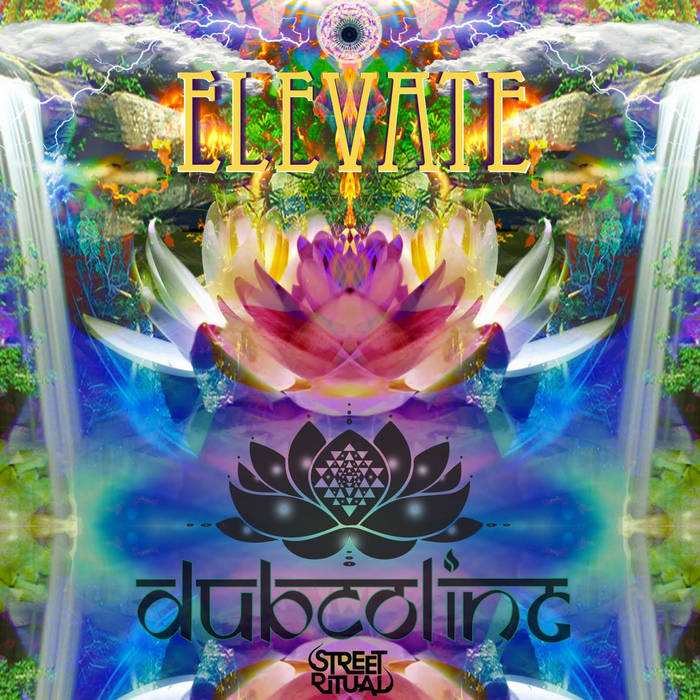 DubCOliNG, residing in Lake Tahoe, CA, is back with his second release, “Elevate”, which consists of four fusions of original production in the world of psychedelic bass music as he illuminates enlightening vibrations in his roots of Turntablism, Reggae, Eastern instrumentation, and Eastern chant. Passionately and creatively composing a fresh vibe, he aims to create uplifting rhythms and aspires to reflect a profound connection to the listener to further form an ever-changing experience beyond human existence. Intricate beat patterns, flowing rhythms, and bass heavy lines are revealed and are meant to expand the mind by bringing kaleidoscopic gateways of emergence through sonic vibrations stemming from his heart.

DubCOliNG has been scratching and mixing music since he was 13 years of age, a 7th grader in 1999, he developed a passion for music early on while growing up in the Colorado Rocky Mountains. With over a decade of experience in developing, fusing, and perfecting his craft in turntablism and mixing, Colin Tucker opened up a whole new world to explore in 2011 when he started producing music. While having established a deep root in Reggae, Hip Hop, Electronic, and World Music, he dived into his love for Bass music which opened up a whole new twist in integrating his favorite genre styles into Dubstep, Crunk, Psychedelic, Glitch, IDM, Drum & Bass, Midtempo, and Breaks.

DubCOliNG thrives to spend every waking moment engulfed in rhythm and sound waves. Developing a passion for tunatables while growing up in the Colordo Rocky Mountains, he spent several years perfecting the arts of scratching and turntablism. He established a deep root in Reggae, Hip Hop, and World Music; as his conquest into bass music opened up, a new world of combining his all time favorite rhythms with Dubstep, Crunk, Psychedelic, Glitch, IDM, Drum & Bass, Midtempo, and Breaks emerged. He then brings the enlightening vibrations from Reggae, Eastern Instruments, and Eastern chant into the soul penetrating world of psycadelic Bass Music. He aims to create spiritual, uplifting music to inspire connection on the dance floor by meshing Reggae and Organic Eastern Electronic music with psychedelic heavy frequencies. Having settled in the Lake Tahoe/Reno area; DubCOliNG strives to contribute to the growth of the Mindful Massive, CommUnity Pro-Jeckt, Bass Heavy, Soulstice Sound, and Future Strange crew's and works in sound engineering as well. He pursues the ability to bring his love and passion for this dance of life to all our distant relatives through music, vibration, and sound.