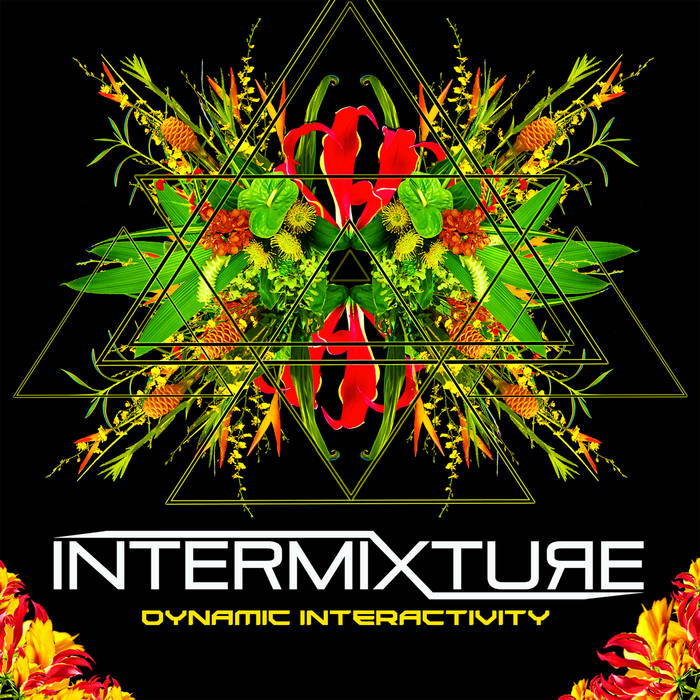 Dynamic Interactivity is here stimulate and tingle your groove senses and boggle your mind. After 8 months of rigorous studio work from the duo, this album can be the very heart and soul of the Intermixture idea; to explore every possibility of what music is capable of. Each track takes turns being led at times by true instrumentation and then by synthesized instruments, harnessing the raw energy of an endless array of the deepest bass lines to the most melodic synthesizers, and packing the grittiest punch of the heaviest beats to the most delightfully bouncy rhythms.

Within can be found traces of genres like trip-hop, dubstep, and psychedelic dub that weave and blend themselves with the influence of acid jazz, funk, and disco. The most recognizable element of this album is its meticulous combination of all-analogue recordings of real, organic instruments, like guitars, flutes, saxophones, and even a full brass band, with its hard-hitting digital production, giving off a new vibe of musical hybrid that is practically in a class of it's own. Don't let the three-track length fool you, each of the track's individual compositions subtly flow through their own unique blend of genres and styles, never winding up where they started, and carrying with them the very versatile nature that has come to define Intermixture.

Intermixture started as a solo project in 2000, building on the concept of a genre-less genre of Electronic Music. Undefined as one style, Intermixture expanded and began to incorporate multiple genres outside of “EDM”, experiment with ethnic instruments, and invited talented musicians to share the stage during live performances. Intermixture is inspired by various depths of dubstep, down tempo, glitch hop, dub, and psychedelic genres. Intermixture music offers a new perspective on and appeals to the individual in today’s diverse audience. The latest addition to the energetic Intermixture stage is not only new equipment, but official live guitarist, Jared Miller. By literally intermixing classic and cutting edge genres of music and meticulously applying musical theory to modern music, people of all ages and backgrounds are known to enjoy Intermixture’s all original music.